Ikaalinen weather radar to be transferred to Kankaanpää

The area’s radar output will be on pause between April and June, which may impact observations of low-level and weak precipitation. Longer-term weather forecasts will be only slightly affected by the change. 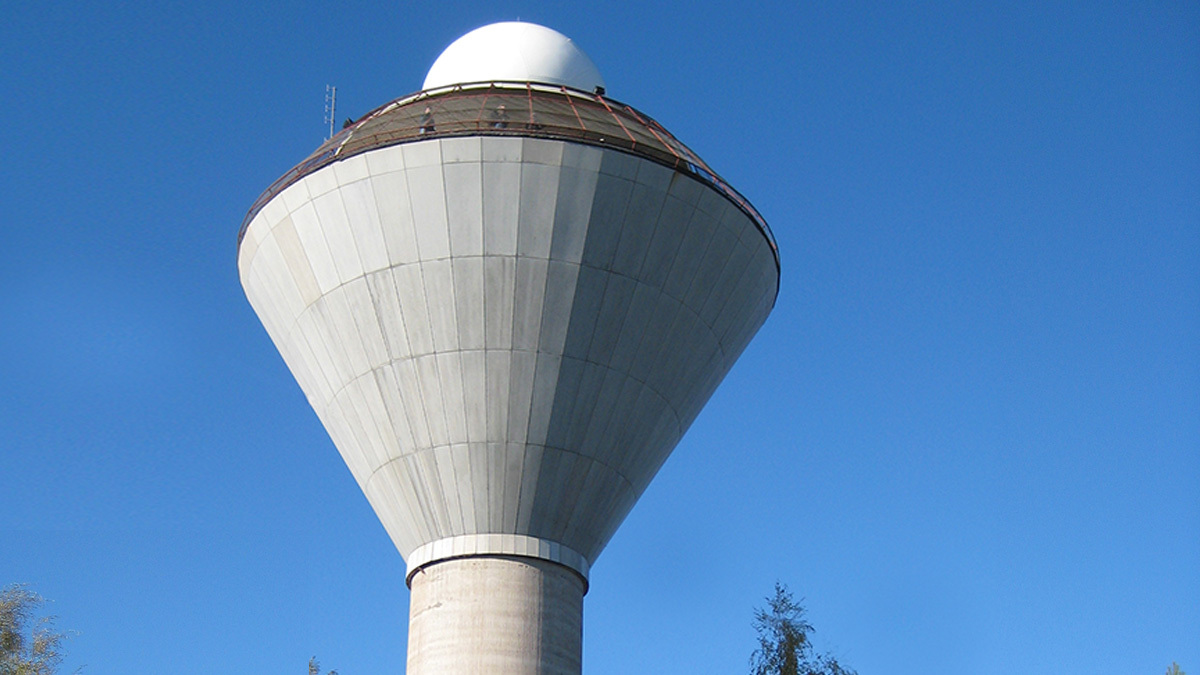 The Finnish Meteorological Institute’s weather radar located at Ikaalinen water tower will be moved approximately 30 kilometres west to Kankaanpää during the spring and early summer. The dismantling of the radar equipment in Ikaalinen water tower will begin after Easter. Due to the transfer, weather radar output in the area will be interrupted for approximately two months.

The relocation of the weather radar is a result of the renovation work starting at the Ikaalinen water tower.

Measurement data obtained from radar is important, especially for short-term forecasts covering the subsequent few hours. In some situations, the absence of the Ikaalinen radar from the network may impair the quality of short-term forecasts in Western Finland. The deficiency can be compensated for, however, by other observation data and data from other radars. Longer-term projections are largely unaffected by the absence of a single radar.

The pause will also be visible in services that use radar combinations, such as the Finnish Meteorological Institute’s open data and website radar products.

Once the Kankaanpää radar is completed, the Finnish weather radar network will comprise 11 radar stations. The other weather radars are located in Kaipiainen, Kesälahti, Korppoo, Kuopio, Luostotunturi, Nurmes, Petäjävesi, Utajärvi, Vihti and Vimpeli. The current radar network covers almost the whole of Finland, with the exception of the northern parts of the sub-regions of Northern Lapland and Fell Lapland.

Weather radars are an important observation tool for producing forecasts in rapidly changing weather conditions. They can be used to effectively detect local precipitation, for example, and to distinguish between different forms of precipitation.

Further information on weather radars and the Finnish radar network