Temperature and precipitation maps from 1961 onwards

The temperature/precipitation or their anomaly from the 1981-2010 average is shown after choosing a time period.

The data used in the graphs is calculated based on the closest observation stations which are interpolated into a 10 x 10 km grid. The gridded dataset provides longer term assessments on the regional distribution of weather variables even for locations on which no meteorological observations are available. These values may deviate slightly compared to the values of observation stations. You can read more on the interpolated gridded datasets at the Climateguide-website. 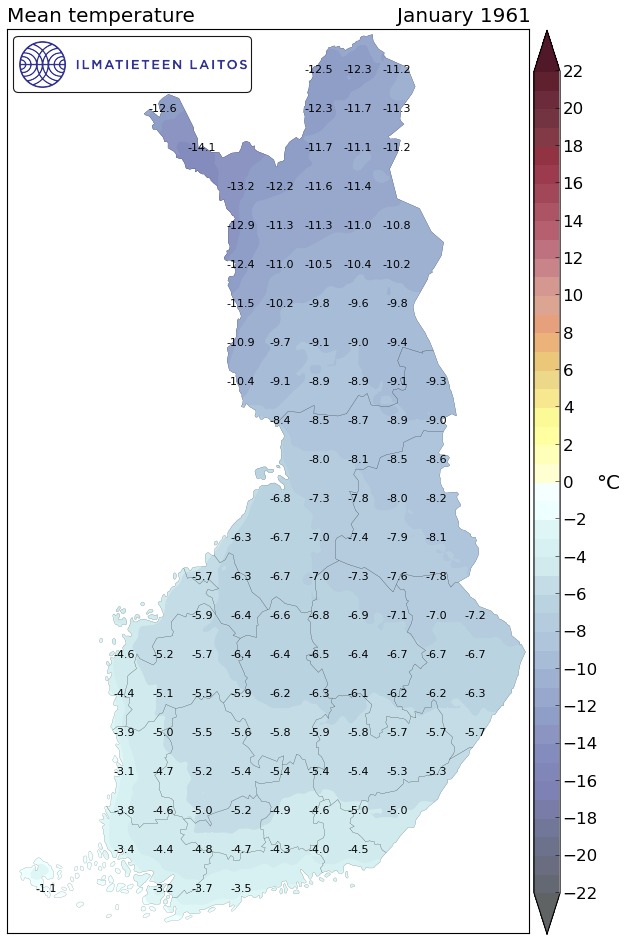