The Finnish Meteorological Institute has developed weather and climate services in over 100 countries during the past 50 years. Climate change increases demand for development projects. 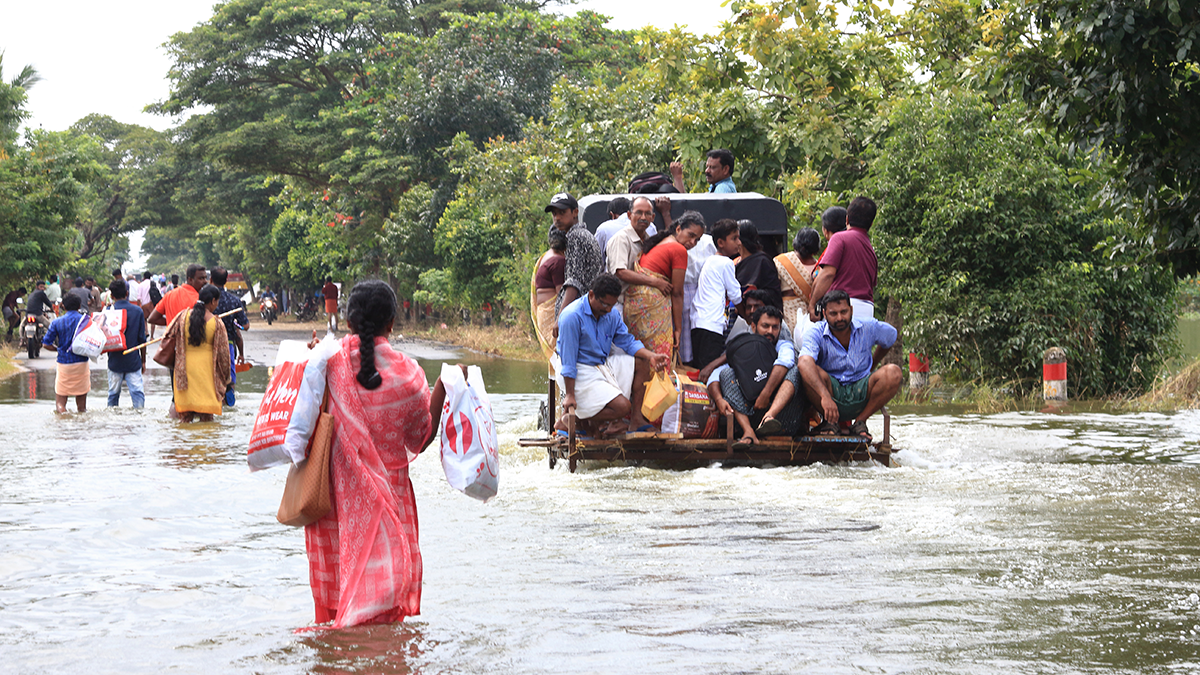 At the moment, the FMI is involved in some 20 development co-operation projects, the total value of which is almost 10 million euros for the FMI's part. Each year, the projects utilise the expertise of approximately one hundred experts from the FMI.

Altogether, the FMI has participated in international projects in more than one hundred countries. According to the World Meteorological Organization (WMO), the FMI is the world's second largest development co-operation actor after the United States.

"Most international development co-operation projects aim at developing the operations and services of the project country's meteorological institute. The objective is to improve societies' adaptability to natural disasters and extreme weather phenomena," explains Harri Pietarila, Head of the Expert Services Unit at the FMI.

Climate change has increased interest in services produced by national meteorological institutes, while the demands on them have constantly increased. Development projects improve the quality of national weather and climate services and secure the preconditions of the population's safety and economic development.

The most common activities in the project countries concern the development of weather and advance warning services and systems. The weather information and forecast production system SmartMet developed by the FMI is in use in approximately 30 countries, and the SmartMet Alert system for creating weather warnings is used in about ten countries. SmartMet collects weather observations and data produced by radars, satellites and weather forecasting models into a single system to enable easy analysis and visualisation of information.

In addition, the projects also improve the various stages of the institutes' operational activities, train experts and provide technical assistance in the acquisition of equipment. The projects have also promoted gender equality, carried out socio-economic studies and developed air quality services. Currently, the largest projects are those in Vietnam, Nepal and Central Asia.

A multiannual project, which aims at the comprehensive reformation of the national meteorological institute and is sponsored by the World Bank, is underway in Nepal. The FMI participates in the project as the main consultant, in addition to which it coordinates an ICI project which is funded by the Finnish Ministry for Foreign Affairs and focuses on training local experts. Nepalese people are provided with guidance in, for example, selecting radar locations, using lightning detection systems and developing aviation weather services.

The world's leading manufacturer of meteorological observation devices, the Finnish company Vaisala, participates in the co-operative activities of many projects. According to Pietarila, Finland is "perhaps in addition to France" the only country capable of delivering comprehensive systems that cover both the equipment, i.e. weather radars, sounding stations and lightning locating systems, and the production system, end products and training.

Economic losses caused by natural disasters have increased over the recent decades, and climate change is anticipated to increase the frequency of extreme weather phenomena. There is currently a strong demand for development projects in the field of meteorology.

In a descending order of significance, the main funders of the development projects led by the FMI are the World Bank, the EU and the cooperation with the Finnish Ministry for Foreign Affairs and Vaisala. Some of the sizeable development projects implemented with Vaisala will receive funding from Finland. The ICI projects also often involve co-operation with the private sector, and they promote Finnish exports.

Climate change and the intensification of extreme weather phenomena will increase the demand for development projects, especially in developing countries that do not have the capacity to develop the required services themselves. The Finnish Government Programme highlights climate change as a key priority in development co-operation funding, and the new government has already increased the funding for development and climate projects.

"According to research, investing in weather, climate and warning services is the most cost-effective method of adapting to climate change, especially in developing countries. Investments in the development of these services provide societal sectors with benefits of more than six times their initial value," states Pietarila.