A recent international study showed that higher pollen concentrations in the air correlate with increased COVID-19 infection rates. Pollen exposure weakens the response of immune system to some seasonal respiratory viruses. The effect was not connected with pollen allergy, but exposure to pollen can in itself weaken the capability of the body to fight off viruses. 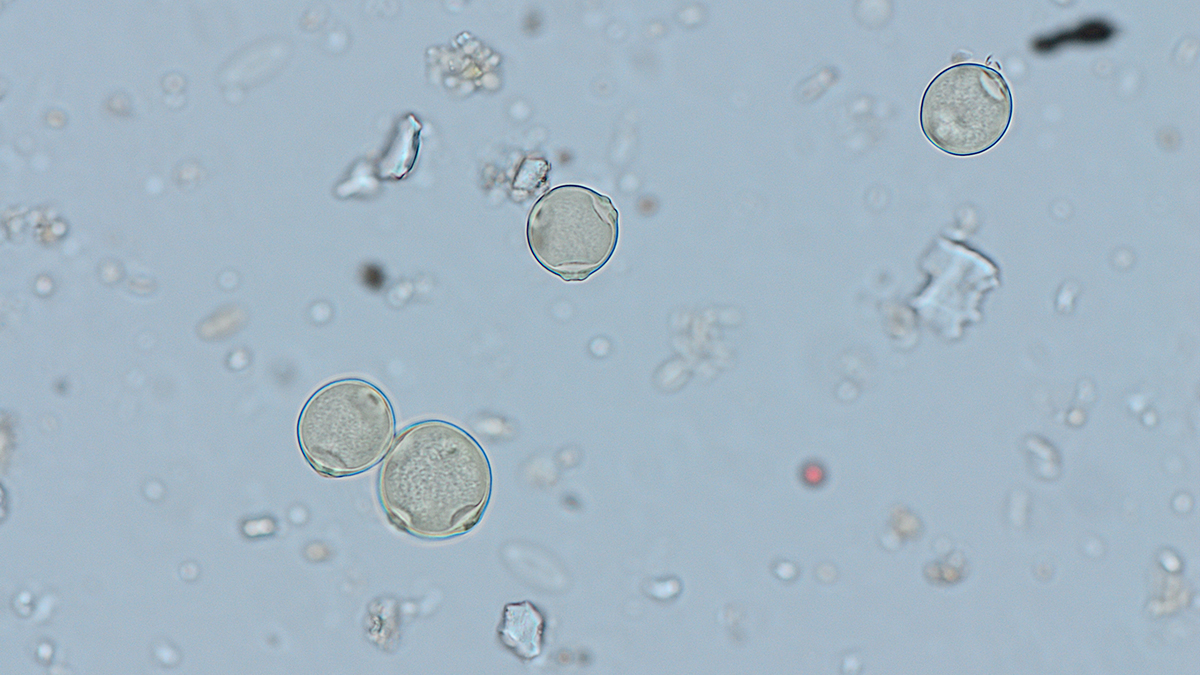 Birch pollen particles seen through a microscope. Photo: Pollen forecasting of the University of Turku.

Microbiological laboratory experiments reported in preceding publications showed that pollen itself impacts the antiviral defense of the respiratory epithelium, where the viruses attack. Pollen exposure diminishes the release of antiviral interferon. These interferons help the immune system fight the viruses. Thus, exposure to pollen can diminish the immunity against viruses.

“Attention should be paid to timely information on the forthcoming pollen season and days with particularly high pollen concentrations. As a practical measure, it is recommended to reduce the pollen exposure during high pollen season. Pollen exposure can be avoided by reducing the time spent outdoors during the peak pollen season or using pollen particle filtering masks outdoors”, says Professor Mikhail Sofiev from the Finnish Meteorological Institute, who participated in the data analysis of the study.

“The pollen season is about to begin, and the up-to-date information on pollen concentrations in the air can be found on Norkko service, a website maintained by the Pollen Forecasting of the University of Turku. Our researchers monitor pollen concentrations in the air year-round, so as soon as the first pollen particles are detected in the air, we're able to update the information to Norkko”, says Adjunct Professor Annika Saarto from the University of Turku.

From Finland, Finnish Meteorological Institute (FMI) and University of Turku (UTU) participated in the study. The study is published in highly-rated Proceedings of the US National Academy of Sciences (PNAS) journal in March 2021. The study used data from 31 countries and around 150 scientists all around the world participated in the work. In the research, the FMI researchers worked in the core group as data analysts and participated in the design of the analysis, and the UTU provided the pollen data for Finland.

FMI, in collaboration with UTU and other institutes in Finland and worldwide, actively develops pollen modelling and monitoring technologies, recently expanding the research to other biological particles in the air: spores, viruses, bacteria, etc. The FMI atmospheric composition model SILAM incorporates the most advanced pollen system in the world.

Pollen forecasting of University of Turku has monitored pollen concentrations in the air in Finland and published pollen forecasts since the 1970s. Norkko service uses Smart-Pollen technology, the most advanced pollen system in the world, produced in collaboration with the Finnish Meteorological Institute. The researchers at Pollen forecasting of the University of Turku widely participate in research about pollen and spores in the air. Valuable long-term pollen data covering several decades enables, for example, detecting and studying the impacts of climate change.