Solar radiation management (SRM) aims at artificially increasing the reflectivity of the Earth. As a result, more sunlight would reflect back to space before reaching the planet's surface, and thus the surface would cool. Could SRM be a useful method to mitigate global warming? 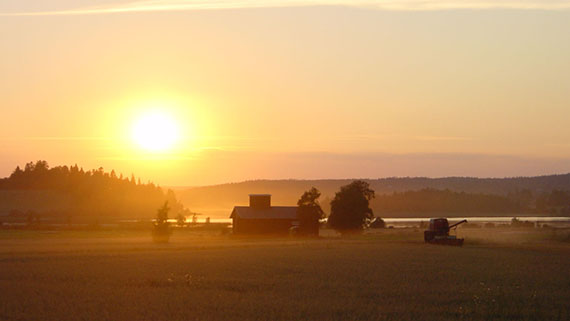 SRM has been suggested as a fast-response, low-cost method to mitigate the impacts of potential rapid future climate change.  "However, deploying SRM methods would lead to a completely new climate state with enhanced greenhouse effect and reduced solar radiation, and thus there are great uncertainties related especially to the regional climate impacts from SRM", says researcher Hannele Korhonen from the Finnish Meteorological Institute. Currently, the most discussed SRM method is stratospheric sulphur injections, which aim at mimicking large volcanic eruptions by enhancing the stratospheric aerosol layer capable of reflecting some of the incoming solar radiation.

If a large natural volcanic eruption took place while stratospheric SRM is being deployed, there would likely be significant regional temperature changes within the first year of the eruption. More specifically, annual mean temperature increases up to 1 -1.5°C could be seen in large parts of Europe, North America and Antarctica. On the other hand, the eruption would counteract some of the large precipitation decrease in the tropics caused by SRM itself. Compared to the pre-eruption precipitation rates and patterns, precipitation decrease could be expected in south-east Asia and Central America, and increase over the tropical Pacific.

Global impacts minor and last only a couple of months

Overall, change in global mean temperature and precipitation rates would, however, remain minor and last only for some months. Both the magnitude and duration of global mean impacts would be clearly smaller than for an eruption taking place in the current non-SRM atmosphere (e.g. Pinatubo eruption in 1991). This is because in a non-SRM atmosphere, sulphur from the volcanic eruption would preferentially form new stratospheric aerosol particles and thus increase the number of particles capable of reflecting sunlight back to space.On the other hand, during SRM deployment, the concentration of stratospheric sulphur-containing particles is already high prior to the eruption, and further sulphur injection from the eruption would preferentially condense on existing particles and grow them to larger sizes. Larger particles are more strongly influenced by gravitational pull, and thus have a shorter lifespan in the stratosphere.

The CO2 emissions still need to be reduced rapidly

"In a separate study, we found out that the future possibility of SRM offers very little leeway in greenhouse gas emission reduction if the goal is to reach the 2° C global warming target. This is because there remain severe uncertainties in the feasibility and regional climate impacts of SRM, which could prevent SRM deployment or require its termination after deployment", Hannele Korhonen comments. If an additional constraint to mitigate ocean acidification is taken into account, the CO2 emissions need to be rapidly reduced even if strong SRM became available.  "Therefore, the needs to simultaneously mitigate ocean acidification and temperature increase have important implications on how climatic targets and policies in the presence of uncertain SRM should be framed", Korhonen emphasizes.

The results are being presented today at the General Assembly of the European Geosciences Union. Katso livestream 14.4. klo 13: http://www.egu2015.eu/webstreaming.html