The new "Arctic Now" product developed by the Finnish Meteorological Institute shows with one picture the extent of the area in the Northern Hemisphere currently covered by ice and snow. This kind of information, which shows the accurate state of the Arctic, becomes increasingly important due to climate change. The Arctic region will be discussed at the Arctic Meteorological Week which begins in Levi next week. 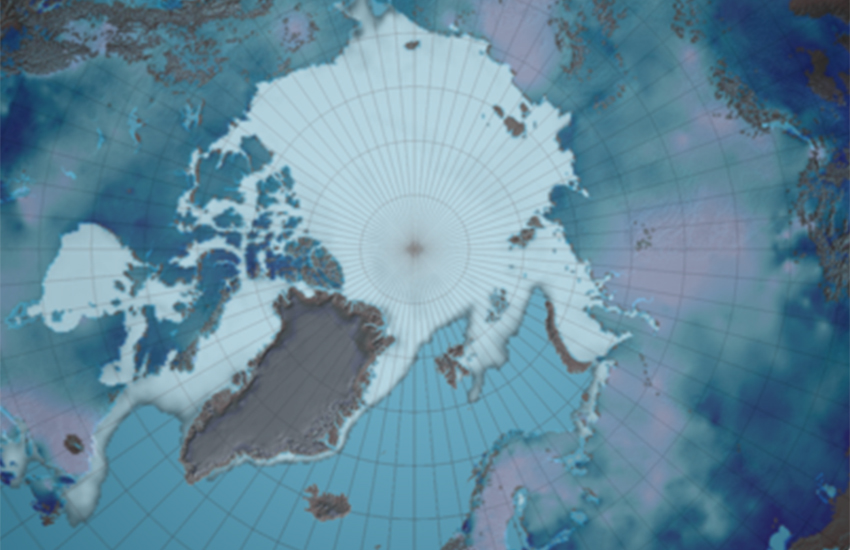 In the Northern Hemisphere the maximum seasonal snow cover occurs in March. "This year has been a year with an exceptionally large amount of snow, when examining the entire Northern Hemisphere. The variation from one year to another has been somewhat great, and especially in the most recent years the differences between winters have been very great", says Kari Luojus, Senior Research Scientist at the Finnish Meteorological Institute.

The information has been gleaned from the "Arctic Now" service of the Finnish Meteorological Institute, which is unique even on a global scale. The greatest difference compared with other comparable services is that traditionally they only tell about the extent of the ice or snow situation.

"Here at the Finnish Meteorological Institute we have managed to combine data to form a single image. In this way we can get a better situational picture of the cryosphere - that is, the cold areas of the Northern Hemisphere", Research Professor Jouni Pulliainen observes.  In addition to the coverage, the picture includes the water value of the snow, which determines the water contained in the snow.  This is important information for drafting hydrological forecasts on the flood situation and in monitoring the state of climate and environment in general.

Information on the amount of snow is also sent to the Global Cryosphere Watch service of the World Meteorological Organisation (WMO) where the information is combined with trends and statistics of past years. Lengthy series of observation times show that the total amount of snow in the Northern Hemisphere has declined in the spring period and that the melting of the snow has started earlier in the same period. Examination over a longer period (1980-2017) shows that the total amount of snow in all winter periods has decreased on average.

Also, the ice cover on the Arctic Ocean has grown thinner, and the amount and expanse of perennial ice has decreased. Before year 2000 the smallest expanse of sea ice varied between 6.2 and 7.9 million square kilometres. In the past 10 years the expanse of ice has varied from 5.4 to 3.6 million square kilometres. Extreme weather phenomena - winters in which snowfall is sometimes quite heavy, and others with little snow, will increase in the future.

When it was freezing cold in Finland, it was exceptionally warm at the North Pole

The Arctic area is warming at twice the speed as the rest of the world, and the impact of climate change can already be seen in the Arctic regions. These changes affect the entire globe.

"What happens in the Arctic regions does not stay in the Arctic regions, and a wider area is affected. The exceptional strengthening of a high-pressure area in Siberia, which brought freezing temperatures to Finland in late February and early March, may be partly the result of atmospheric warming over the Arctic Ocean.  When it is exceptionally cold somewhere in the world, it is often exceptionally warm somewhere else. This is what happened in the end of February-early March when temperatures in the North Pole were around zero degrees Celsius and it was exceptionally cold in Europe", explains Ari Laaksonen, Scientific Director at the Finnish Meteorological Institute.

The weather fluctuates from one year to another and individual cold snaps in the Arctic area are not, as such, proof of the progression of climate change. "However, they are a reminder of how climate uncertainty has increased and that we'll have to get use to variations in the weather as the climate change proceeds", Laaksonen observes.

An Arctic week to start at Levi next week

Cooperation is important because research and security in the Arctic region require comprehensive and long-term weather, ice, sea, and atmospheric observations and modelling. "Meteorology is a new theme in the Arctic Council, even though the Arctic countries are already engaging in plenty of cooperation on the subject.  The Levi meeting will include discussions on how meteorological know-how will be seen in the future work of the Arctic Council", says Arctic Ambassador Aleksi Härkönen.