The first half of October was warm, while the latter half was cold. The winter's first snow fell in late October. Espoo's Nuuksio came close to seeing the all-time record for most precipitation in October; it only fell 2 mm short of the official record. 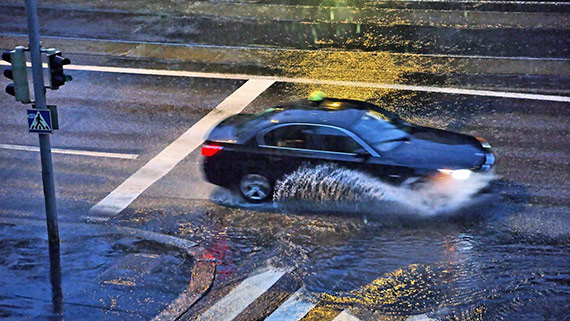 According to the Finnish Meteorological Institute's statistics, October was rainier than the norm in Finland southern and western regions, whereas it was drier than usual in large parts of the country's north.  The beginning of the month was quite rainy in the country's south where rains caused rivers to flood over. Precipitation levels were exceptionally high in Uusimaa and Åland. This amount of rain only falls a few times a century.

A warm start to the month, but temperatures turned cold at the end of the month

The average temperature for October in most of Lapland was just under one degree warmer than usual, while in the country's northern and eastern parts temperatures were near the norm. On the other hand, October was just under one degree colder than usual in the county's western regions. The highest temperature of the month, 16.6 degrees, was recorded at Jomala in Åland on 16 October. The month's lowest temperature, -22.7°C, was recorded in Naruska, Salla on 31 October.

The first half of the month was warmer than normal throughout the entire country, whereas the latter half was colder than normal. Most of the country got its first taste of winter when the first snow fell at the end of the month. On the last day of October the country's eastern and northern parts had at most around 20 cm of snow. Thermal winter began in most of Northern Finland.