On the opening day of the UN Climate Change Conference in Bonn (COP23), the World Meteorological Organization (WMO) published an estimate, according to which the year 2017 is set to be in top three hottest years ever recorded. 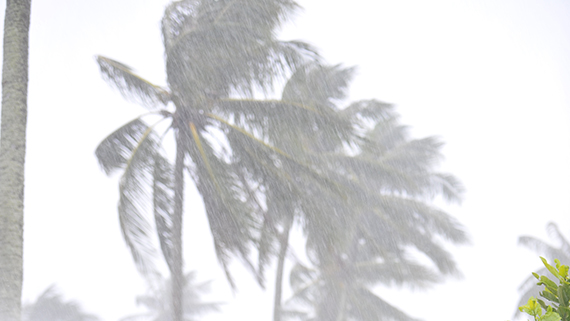 According to WMO, this year is set to be in top three hottest years ever recorded. The average global temperature of 2017 is estimated to be 1.1°C above the pre-industrial era. The final information will become available at the end of the year, when all observation data has been analysed.

"We have witnessed extraordinary weather phenomena this year, including temperatures topping 50 degrees Celsius in Asia, record-breaking hurricanes in the Caribbean and Atlantic and devastating monsoon flooding affecting many millions of people," reminds WMO Secretary-General Petteri Taalas. These kinds of extreme phenomena especially affect the most vulnerable countries.

The Bonn Climate Change Conference is presided over by Fiji. The Pacific Islands like Fiji seek the most ambitious solutions because their capacity to respond to significant weather phenomena and natural disasters is weak and their entire existence is at stake.

The Finnish Meteorological Institute has been involved in international collaboration in the field of weather and climate around the world. At the moment, projects are ongoing in the very areas where extreme weather phenomena have caused damage again this year, e.g. on the Caribbean islands, in the Andes and in Nepal. The demand for Finnish top expertise in the field is even greater than before.

"Increased awareness and public discussion about the climate change and extreme weather phenomena have increased the interest in the services provided by national meteorological institutes. Adaptation to climate change imposes increased pressure on preparing for dangerous weather phenomena when the behaviour of the climate becomes unfamiliar," says Head of Unit Harri Pietarila from the Finnish Meteorological Institute.