The average temperature in August was fairly normal due to cool days and warm nights. The entire summer was unusually cool in many areas. 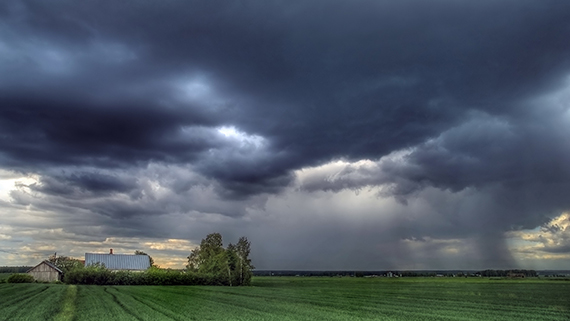 According to the Finnish Meteorological Institute statistics, the average temperatures in August were largely close to the usual temperatures. The month was warmer than average only in North Karelia. Due to the general weather situation prevailing in August, the warmest air masses remained south and east of Finland.

August was unusually cloudy in many areas. The effect of cloudiness was seen partly in the highest daily temperatures, which were cooler than usual particularly in the southern and western parts of the country. Nights on the other hand were warmer than usual in most of the country, even unusually warm in North Karelia. The warm nights thus compensated for the impact of the cool daytime temperatures on the average temperature.

The monthly rainfall in August was slightly higher than usual in large parts of the country. The highest levels of precipitation were recorded around Kainuu and Northern Ostrobothnia, where the monthly rainfall for August was unusually high in some areas, meaning that it occurs about once every ten years. The month's highest rainfall, 149.5 mm, was measured in Kotila, Puolanka, and the month's lowest rainfall, 43.3 mm, in Rovaniemi.

The summer's highest temperature was measured in Utsjoki

Hot days with temperatures higher than 25°C were measured somewhere in Finland on a total of 19 days. An equal number of hot days was last measured in summer 2015. The highest number of hot days, a total of five days, was recorded at the airports of both Oulu and Mikkeli. Especially in the central areas of the country, no days with temperatures higher than 25°C were recorded this summer.

Rainfall for the summer was generally speaking close to the usual levels, but as is typical in summer, there was wide local variation in precipitation. Unusually high levels of precipitation were recorded particularly in Northern Lapland.