A new study published in the science journal Nature shows how the capacity of plants on earth to absorb carbon has alongside climate change increased by up to one third since the beginning of the 20th century. 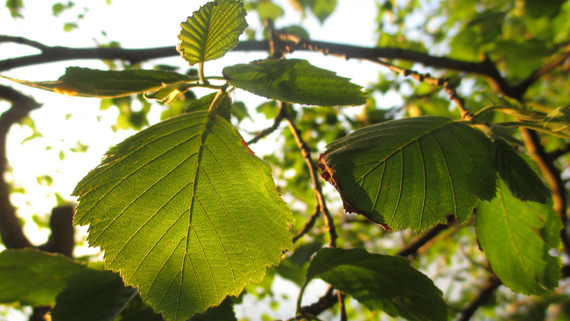 With the help of ice and snow samples from Antarctica, the phenomenon was verified at a global level.Historical temperature time series and series of atmospheric carbon dioxide measurements show clearly how climate has changed over the past 100 years. It has also had a clear impact on vegetation.

According to the study, the climate would be warming up significantly faster if plant growth was not accelerating as a result of climate change and the rising carbon dioxide concentration in the air. When photosynthesis intensifies, plants remove more carbon dioxide produced by fossil fuels from the atmosphere. This is observed as an intensifying increase in the gross production of plants, which means an increase in the amount of carbon absorbed by plants. "It is estimated that plants and soil currently absorb about one quarter of the emissions from fossil fuels. However, the adverse effects of climate change overrule the benefits from the increased production by plants. There are also indications that the fertilisation effect of carbon dioxide is attenuating," says one of the participants in the study, Research Scientist Marko Laine from the Finnish Meteorological Institute.

The role of plants in climate change difficult to assess

All climate models used in the reports of the Intergovernmental Panel on Climate Change (IPCC) take into account the feedback related to plants, which slows down climate change, but its strength has been difficult to estimate. The study published in Nature introduces a new way to monitor global changes in photosynthesis, which will help us understand and anticipate climate change and its effects. Historical concentrations of atmospheric carbonyl sulphide were estimated by combining results derived from air samples isolated from Antarctic ice and snow and from in-situ and remote sensing observations made at research stations. Carbonyl sulphide (chemical compound COS), a gas that occurs in low concentrations in the atmosphere, is a suitable indicator for examining global changes in the atmosphere due to its good mixing capacity. Like carbon dioxide, COS is strongly linked to plant metabolism and an understanding of changes in gross production can be obtained by examining the changes in COS concentrations.

Atmospheric processes are complex and their observation also involves uncertainties. This study contributes to the development of climate models and thereby also increases the accuracy of climate predictions. "The study also showed us how important it is to maintain a comprehensive measurement network and to develop and use scientific methods that help us distinguish the changes from the natural variation in climate in a reliable way", Laine explains..

The study was led by Professor J. Elliott Campbell from the University of California, Merced and it was carried out in cooperation with the Finnish Meteorological Institute and several American and French research institutes. The work was financed by the Academy of Finland, and the U.S. Department of Energy and the National Oceanic and Atmospheric Administration from the United States.