Estimates of changes to the Finnish climate over the last century have been updated to correspond with the results of the latest generation of climate change models. 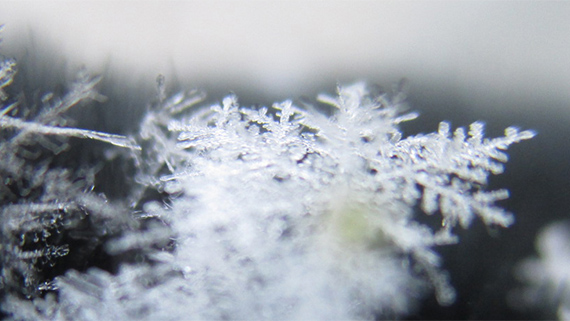 According to the 28 models examined, Finland's average annual temperature will rise nearly twice as fast as the average temperature for the whole globe. Compared to the results from the previous generation of models, the largest difference is that the new models predict a somewhat stronger rise in summer temperatures. Forecasts for changes in precipitation levels, however, have remained around the same.

The warming effect is strongest for winter.  If greenhouse gas emissions rise unchecked (referred to as the RCP8.5 scenario), Central Finland could have by the end of the century a climate with temperatures similar to the current Hungarian climate. Compared to figures for the end of the 20th century, winter temperatures would rise by between 4 and 10°C and summer temperatures by between 2 and 7°C. If, however, emissions would be cut with moderate efficiency (RCP4.5 scenario), we could expect temperatures similar to those in Poland: around 2 to 7°C warmer in winter and 1 to 4°C warmer in summer.

Precipitation levels would probably increase during all seasons, with the highest percentage increases seen in winter.  The approximate 20% increase in annual precipitation forecast by the RCP8.5 scenario would mean that we would receive as much rainfall in a year as is currently experienced in many parts of England.

Our winters would probably become more cloudy and dim than at present. According to the models' gloomiest forecasts, the amount of solar radiation reaching the earth's surface in Finland could fall by over 20%. Wind strength, however, would not necessarily change much, although the forecasts given by different models vary significantly.

At the global level, negative consequences clearly outweigh positive ones

At the European level, winter temperatures will rise most in northern regions and summer temperatures will rise most in southern areas.  In Northern Europe precipitation levels will rise, while in the continent's southern regions they will decrease.  In Central Europe, winters will see higher levels of precipitation and summers will become dryer.  In Mediterranean countries, drought problems will increase due to reductions in rainfall for the summer months in particular, a strong rise in temperatures and a reduction in the protection from sun provided by clouds.

Although from a narrow Finnish perspective, the warming climate could be seen to bring benefits, the effects are nevertheless harmful at the global level. Climate warming can lead to widespread and possibly irreversible worldwide adverse effects, such as destructive weather phenomena and a loss of biodiversity.