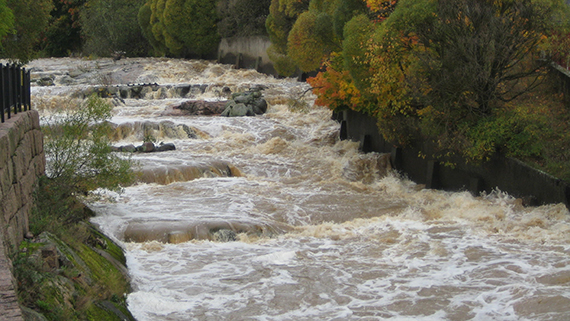 According to Finnish Meteorological Institute statistics, October was exceptionally dry in many areas in the western and northern parts of the country, something that occurs on average less frequently than once every 30 years. Precipitation in these areas was mainly between 5 and 20 millimetres. In the eastern part of Finland, the precipitation of 30–50 millimetres was closer to the long-term average thanks to precipitation towards the end of the month.  The total amount of precipitation in the whole country in October was record low in the material that starts from 1961.

October was record dry at the following long-operating observation stations of the FMI: (Amount of precipitation in brackets.)