The average temperature in July ranged between approximately 14 and 18 degrees Celsius. July was exceptionally warm in a large part of Lapland. Statistically, July is this warm only once in ten years. The last time July was warmer than this in Lapland was in 2014. 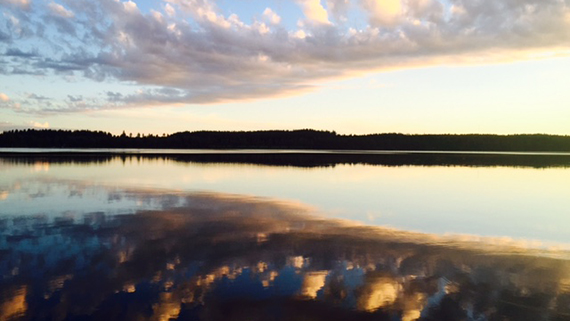 On the other hand, precipitation levels were exceptionally high up to double the normal in the east of the country and Western Lapland, where it rained the most. Rainfall of this intensity is reported in the regions in question only once in 30 years. Some of the country's eastern and northern observation stations reported station-specific record breaking precipitation levels for July. However, the country's precipitation record was a far way off, as during the rainiest July in history in 1934 a total of 302 mm precipitation fell in Laukaa. The largest amount of rain in the course of one day was reported in Yläluosta, Rautavaara where it rained 74.3 mm on 3 July.

In July, thunderstorms were a nearly daily occurrence, and the month's lightening total was 80,100. This is approximately one third more than the long-term average for July (60,000). By far, the highest number of lightning strikes in Finland, a total of 21,600, was recorded on 5 July. There have been only six days in the 2000s when over 20,000 cloud-to-ground lightning strikes have been recorded.