Summery weather in May ended an exceptionally warm spring

The average temperatures in May as well as during the entire spring were record high in some areas. 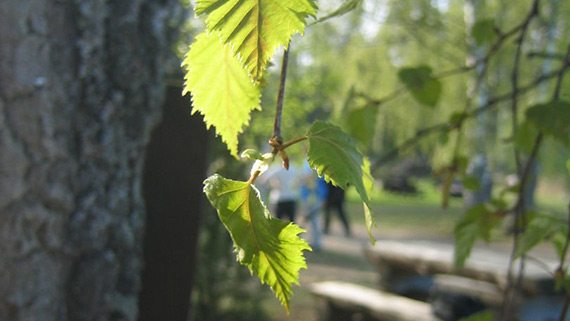 According to Finnish Meteorological Institute statistics, the average temperature in May was 3-5°C higher than usual in most parts of Finland. Except for the western part of the country, the deviation was exceptionally high, in other words it occurs on average once every 30 years. In addition, the all-time record for the average temperature in May was broken at about 20 observation stations. In the western part of the country, May was unusually warm with temperature levels that are reached on average once every ten years.

The month's highest temperature, 27.7°C, was recorded on 31 May in Utsjoki, and the lowest, -5.2°C, on 20 May on the Saanatunturi Fell in Kilpisjärvi. The whole country saw six hot days with temperatures exceeding 25°C, which is twice the long-term average. The first hot day of the year was on 10 May, whereas last year, the first hot day was not until the 29 June.

The most precipitation was received in the Vaasa region as well as in the area ranging from Kainuu to Southern Lapland. Of FMI's observation stations, Klemettilä in Vaasa received the most rain with a total rainfall of 73.2 millimetres. Most of it was received on 25 May, when the month's highest amount of rain in a 24-hour period, 51.5 mm, was measured. The area ranging from the southwestern part of the country to the middle of Ostrobothnia received clearly less rain than usual, with the amount of rainfall remaining less than half of the usual. The least amount of rain, 7.3 millimetres, was measured in Kumpula in Helsinki.There were 4,800 recorded cloud-to-ground lightning strikes in May, which is slightly more than on average. However, the annual variation in Finland is large as 26,000 cloud-to-ground lightning strikes were observed in 2014 and only 350 last year.

An exceptionally warm spring in most of the country

Spring i.e. the time between March and May was largely exceptionally or even record warm in the eastern and northern parts with a deviation of 2–3°C more than usual. In the western part of the country, spring was unusually warm with a deviation of slightly less than 2°C.