WHO: Air in Finland third cleanest in the world

According to the information published by the WHO, air quality in Finland is the third best in the world. One of the cleanest corners of the world is located in the Finnish Lapland. 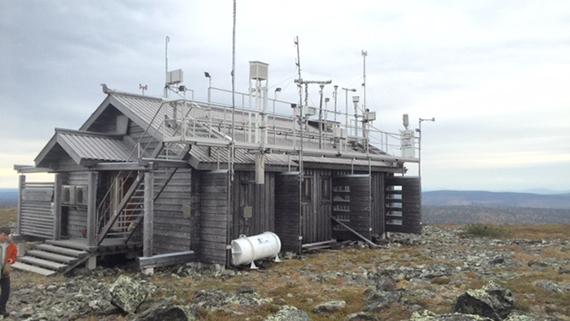 This was revealed by the extensive database published by the WHO, which includes measurement data on particulate matter from 3 000 localities in a total of one hundred countries between 2008 and 2014. In addition to Finland, the air in Sweden, Iceland and Estonia is clean, i.e. particle concentrations remain under 10 µg/m3 in comparisons with other European countries. Countries such as Canada, Australia and New Zealand are in the same top class in global comparisons.

The Finnish Meteorological Institute FMI's measurement station in Sammaltunturi in Pallas is one of the places that measures the cleanest air in the world. Places as clean as Sammaltunturi, or places in which particle concentrations remain under 4 µg/m3 also include locations such as Hafnarfjordur in Iceland and Te Anau in New Zealand.

"When it comes to the results, we must take into account that there is a lot of uncertainty about the measurement data from developing countries, as their measurement quality is not necessarily very reliable and the number of measurements is small, so the regional representation remains low," Senior Research Scientist Pia Anttila from the FMI points out.

However, the report highlights the big air quality problems in developing countries.  The reference level for particulate matter recommended by the WHO is 10 µg/m3. "This level was exceeded in more than two thousand cities. The number of people who are exposed to air pollution in the metropolises in Asia and Africa is indeed huge," says Pia Anttila.