South of Lapland, records were broken in January in terms of both average temperatures and all-time highs. 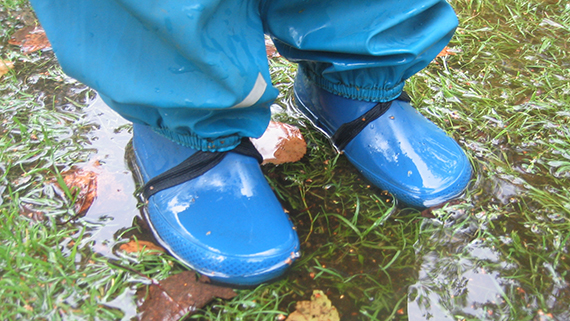 According to the statistics of the Finnish Meteorological Institute, January was record mild all the way up to the Oulu level.

"At some observation stations, the previous records were exceeded by as much as over two degrees," says Meteorologist Pauli Jokinen. In approximately 60 % of Finland, January 2020 was the mildest in recorded history.

In the record-breaking areas, this January was generally 7–8 degrees milder than usual. The reference period consists of the average from 1981–2010. "In many areas, the average temperature of January was equivalent to typical conditions in late March and early April," Jokinen continues.

In most parts of Lapland, January was 2–5 degrees milder than average. However, this cannot be considered exceptional.

The average temperature of the whole country reached the second place in recorded history in January. The warmest January was recorded in 1925, when the mild weather reached all the way to Lapland. Comparable data for the whole country starts from the beginning of the 20th century.

In addition to average temperature records, location-specific warm temperature records were also broken in January. This was the case at 16 long-term observation stations in the southern and central parts of the country. Records were broken on two separate days: on 15 January in the southern parts and on 21 January also in the central parts of Finland.

The highest temperature in January, 9.2°C, was reported on 21 January in three locations: Jomala, Turku and Kruunupyy. The month's lowest temperature, -38.8°C, was recorded at Kevojärvi in Utsjoki on both 27 and 28 January.

Snow cover thickened in Lapland due to heavy rainfall

In terms of snow cover in January, the country was divided in two: for a long time, the southern and central parts saw exceptionally or unusually little snow, whereas there was a record amount of snow in some areas of Lapland. At the end of the month, there was as much as 110 cm of snow in some parts of central Lapland, whereas the southern and western coastal areas were still mainly snow-free.