An exceptionally mild November delayed the beginning of winter in many areas. 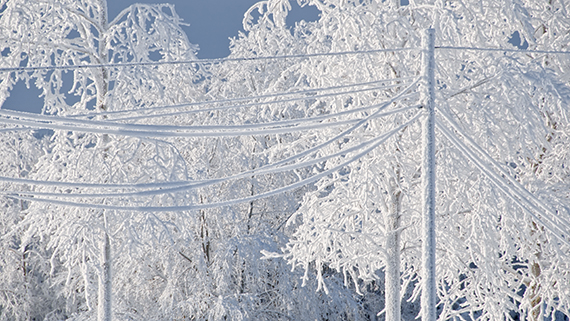 According to the statistics of the Finnish Meteorological Institute, November was exceptionally warm in a large part of Finland, excluding mainly the area reaching from North Karelia to Lapland. At several observation stations in the southern and western parts of the country, the month was even record mild. Compared with normal, the temperature deviation in November was between just under three degrees in the Åland Islands and about five degrees in the Ostrobothnian provinces and Western Lapland. A corresponding or milder November was last experienced in most parts of the country in 2005 and in Lapland in 2011.

The month started very warm especially in the southern and western parts of the country. The highest temperature in November in the observation history in Finland, 14.3°C, was measured in Kemiönsaari on the third day of the month. A burst of cold air ended the exceptionally mild weather around 20 November. In that connection, the month's lowest temperature, -27,5°C, was measured in Näkkälä in Enontekiö on 23 November, and the temperatures fell to around 10 degrees below zero even in the southern part of the country. At the end of the month, the weather became milder again, and the temperature rose to nearly 10°C in some areas in the western part of the country.

At the end of the month, there was snow only in Koillismaa and in Lapland, and in parts of Kainuu, when statistically there is snow in the whole country at the end of November. In connection with the burst of cold air, snowfall was also received in the southern and central parts of the country. Heavy snowfall in some areas in the provinces of central Finland and Pirkanmaa caused damage due to heavy snow, and power cuts. The deepest snow in November, 44cm, was measured in Hyytiälä in Juupajoki on the 24 November. As the temperature rose at the end of the month, the snow melt in these areas.

The average temperature in the autumn i.e. September and November was exceptionally high in the whole country, as the temperature deviation in most of the country was over two degrees and in some areas in the north over three degrees. A warmer autumn was last experienced in most parts of the country in 2011.

Precipitation was unevenly distributed in the autumn as the south was drier than normal and the north received more rain than normal. In the eastern part of the country, rainfall remained unusually low, whereas the autumn was exceptionally rainy in some areas in northern Ostrobothnia, Kainuu and southern and central Lapland, where rainfall rose to over 200 mm.