Unusually heavy rain in May

Finland saw unusually high levels of precipitation in May. Rainfall for the entire spring, that is from March till May, was also exceptionally high in many places. 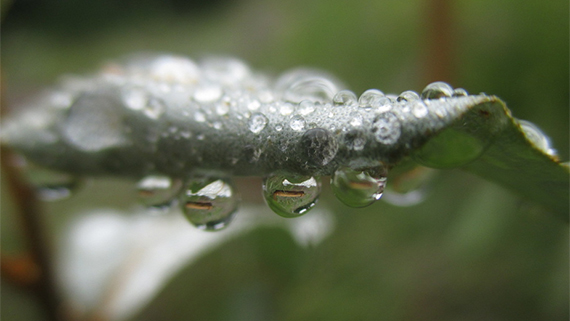 Rainfall in May varied between approximately 40 and 100 millimetres. The amount of monthly rainfall was higher than average almost throughout the country. The most rain fell in the central and eastern parts of the country and in parts of Southern Lapland, where the monthly precipitation level was more than twice as high as usual.

The precipitation volumes were unusually high in many places, which means that this heavy rain is received in May only once in ten years or even less frequently. In places, the amount of rainfall was even exceptional, which means that this heavy rain is received in May no more than three times in a century. At the Sulkavankylä observation station in Alavus, for example, the May precipitation was the highest in the station's 50 years of measurement history. The month's highest amount of precipitation, 121.8 millimetres, was measured at the Koli observation station in Lieksa. The lowest levels of rainfall were received on the southwest coast and in the eastern parts of Lapland. The month's lowest rainfall, 32.4 millimetres, was measured in Artukainen, Turku. The highest rainfall per day in May was 33.3 millimetres, and it was measured at the Joutsjärvi observation station in Sysmä on 11 May.

The average temperature in May was approximately 8–10 degrees in the southern and central parts of the country and 4–8 degrees in the northern parts. The average temperature for the month was very close to the long-term averages. The highest temperature in May, 27.8 degrees, was measured on 20 May in Tulkkila, Kokemäki, and on 21 May in Artukainen, Turku. In May, there were a total of six hot days, that is days when the temperature rises above 25 degrees. This is three days more than usual in May. The month's lowest temperature, -11.8 degrees, was measured on 3 May at the Saanatunturi fell observation station in Kilpisjärvi.

Spring was mild and exceptionally rainy in many places

Rainfall for the spring, that is from March till May, varied from 70 mm in Northern Lapland to approximately 200 mm in Eastern Finland. In the eastern parts of the country, the rainfall was in many places exceptionally high, and many areas in Lapland saw unusually heavy rainfall, as well. Lieksa and Savonlinna, for example, saw the highest spring precipitation levels in 50 years. Most rain in March–May was received at the Koli observation station in Lieksa, where the amount of precipitation was 220.9 millimetres.