There are regions in Europe where the pollen season starts almost a month earlier than 40 years ago. The increasing temperatures and drought have also increased the risk for wildfires during the last 20 years. However, this does not necessary mean that everywhere people are more exposed to fine particles originating from fires. These are conclusions that the researchers of the Finnish Meteorological Institute made in the just-published 2022 Lancet Countdown global and European reports. 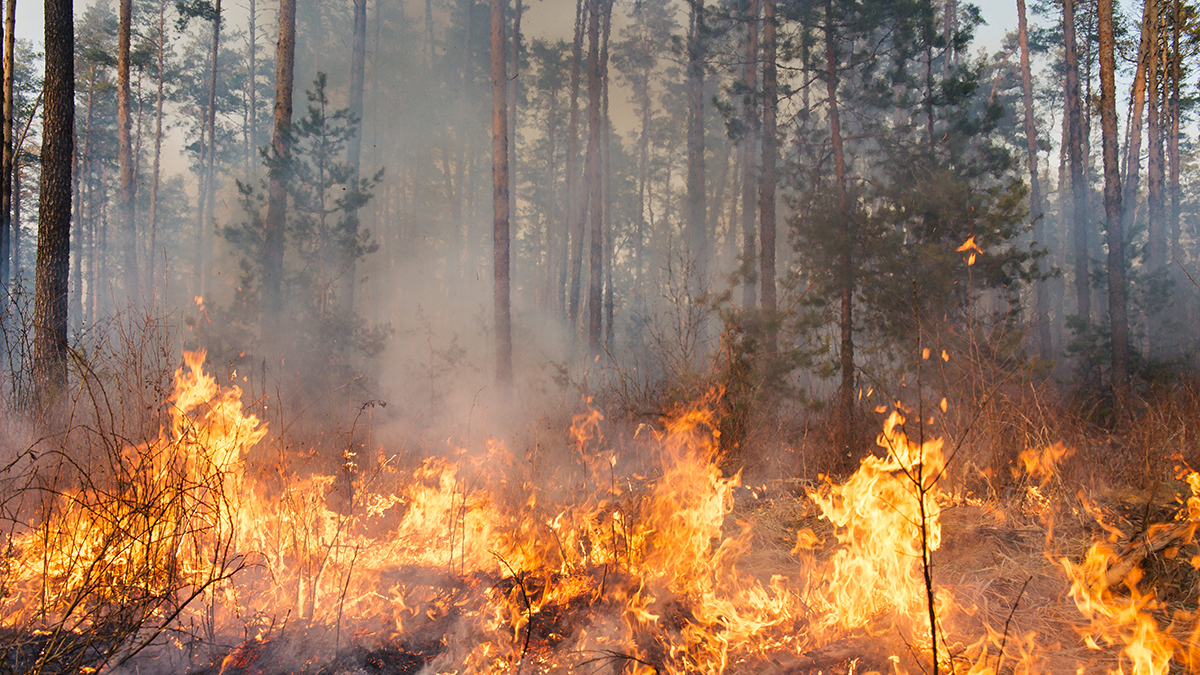 Researchers of the Finnish Meteorological Institute investigated the change in the pollen season in Europe during the last 40 years focusing on birch, alder, and olive trees. Currently, the pollen season starts earlier, and it also ends earlier, so that the duration of the season is only slightly longer than 40 years ago.

The largest shifts in the pollen season start are visible especially at high altitudes such as Alps, Balkan, and Scandinavian ridge where the shifts can reach one month. In mainland Europe, the season starts on average 10-20 days earlier than 40 years ago.

Increasing temperatures and drought do not necessarily imply more wildfires

The researchers from the Finnish Meteorological Institute modeled how the fine particles from forest fires spread in the atmosphere and estimated how much people are exposed to harmful fine particles.

The results indicate that in Europe the particulate matter concentrations originating from fires are generally decreasing, despite the changes in climate favor wildfires. This is likely due to improvements in fire control measures. In some places the reason can be the changes in vegetation and fires themselves: with more intense fires in one year, there is less material to burn, which lowers the risks for fires during the following years. Still, about 600 premature deaths annually are related to exposure to the fire-originated particulate matter in Europe.

Similar effects are observed in other parts of the globe. Even if the drought and extreme heatwaves have become more frequent in many places, for example in Australia, there may be no clear increase in fire-related fine particle concentrations during the research period 2003–2021. Noticeable increase in concentrations was observed in India, Eastern Russia, and Western parts of Canada and USA, except for Alaska where the concentrations have been decreasing. A decrease was visible in Amazonian region, Argentina, Kazakhstan, and in some parts of Africa. Generally, it is mainly the increasing world population and its distribution that pushes up the population exposure to harmful fire-originating aerosols.

The research articles by scientists at the Finnish Meteorological Institute are part of a global Lancet Countdown project, where the impact of climate change on people and society is analyzed with several indicators. The goal of the project is to monitor the health of the people, concentrating especially on threats caused by the climate change, but also on possibilities to improve the situation.

According to the 2022 Lancet Countdown report, climate change threatens to undermine the last 50 years of gains in public health, with more intense and frequent extreme weather and weather-related events, increased heatwave exposure, alteration in the spread of infectious diseases, and exacerbated poverty and mental ill-health. The negative impacts on health are amplified by the fossil-fuel addiction of the society. To avoid the worst impacts of climate change, accelerated climate action is urgently needed, also bringing immediate and substantial benefits for human health, with cleaner air, healthier diets, and more livable cities.