Observation-based assumptions joined-together with simplified simulations reveal that the energy absorbed due to light-absorbing particles in the seasonal snowpack at a high-altitude site in the Indian Himalaya is magnified by about 40 % compared to pristine snow conditions. The results of a recent study highlight the importance fossil fuel and naturally originating dust particles have on snowmelt in the high-mountains of Central Himalaya. 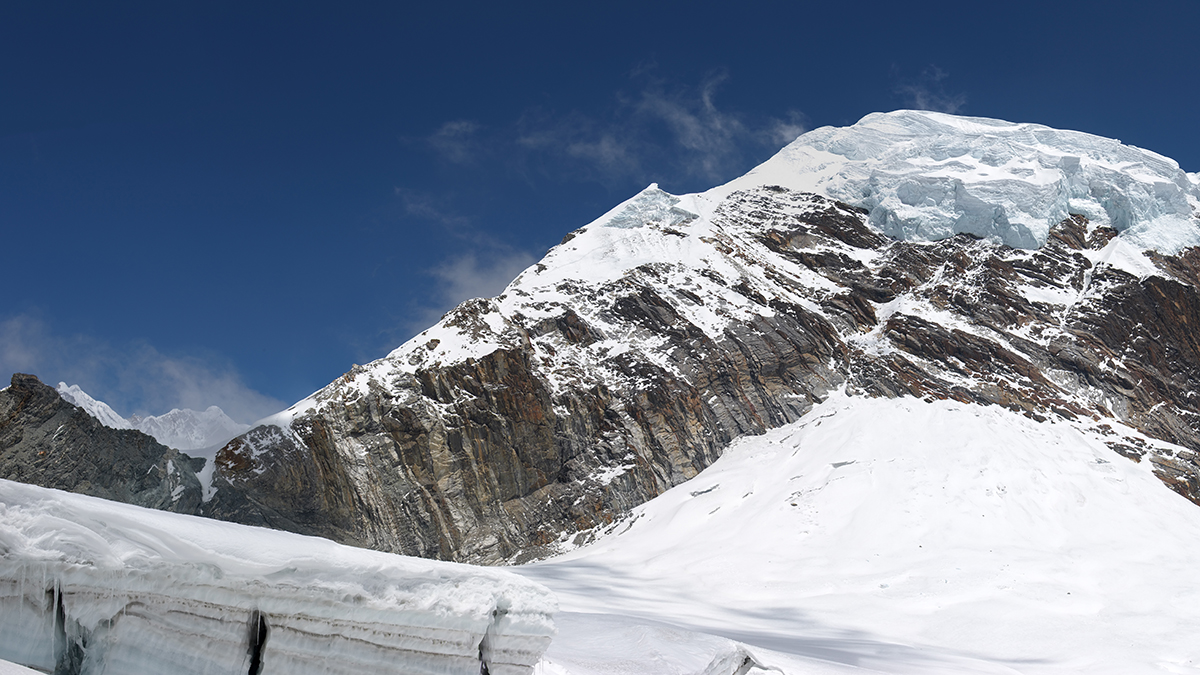 Using two snow seasons of in situ automatic weather station data, the complex parameters and processes affecting snow albedo were broken down to depend on ambient temperature and snow depth change. Together with an assumed constant concentration of light-absorbing particles (LAP) in snow precipitation, the snow albedo variations were well emulated for the study site.

Ultimately, the study highlights how LAP modulate the snow melt-out date by advancing in several days in a region where snowmelt is of especially importance, given the dependence for downstream areas.

Scientific article is available on Elementa.