LUOVA is the information channel between the authorities and specialist institutions which warns of and spreads information on different kinds of natural disasters both in Finland and globally. 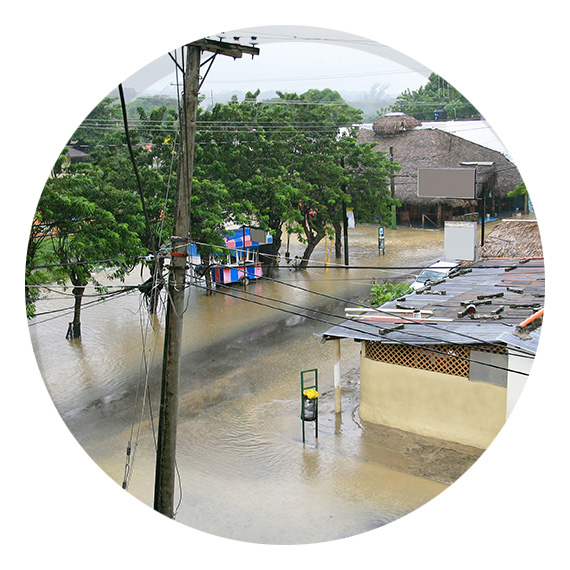 The system under the control of Ministry of Transport and Communications has been in use since early 2012. There are three authoritative organisations that mainly provide information for the system. The Finnish Meteorological Institute is in charge of the round-the-clock on-call duty the system demands as well as weather and sea-related warnings. The University of Helsinki's Institute of Seismology provides information on earthquakes and the Finnish Environment Institute (SYKE) is in charge of waterway flood-related warnings.

The foundation pillar of the system is the Finnish Meteorological Institute's LUOVA duty officer who follows different information and observation sources every day around the clock. On the basis of this information, the duty officer produces and conveys LUOVA-warnings if needed and maintains the system. The duty officer is helped by an extensive and versatile network of specialists which is one of LUOVA's strengths. The functionality of the collaboration has been noticed internationally, as well. For example, the Office for Disaster Risk Reduction which works under the UN has evaluated the LUOVA system very positively in its country report regarding Finland.

The objective of LUOVA is to support the formation of situational pictures by providing as reliable and pre-analysed advance information as possible. The LUOVA information always aims at estimating the disasters' effects and consequences, that affect decision-making for example when organizing rescue-operations and evacuations, as well as possible.

"For example, the seismologist on duty prepares an estimate in approximately 15 minutes after receiving the message when an earthquake occurs, so a relatively reliable estimate of the effects and potential damages is available from LUOVA in half an hour. It is possible to estimate the need for help early with the help of a fast and reliable analysis of a seismic phenomenon," tells Pekka J. Heikkinen from the Institute of Seismology.

Situational information for authorities through a single channel

Connections Director Kristiina Säntti, who works as the coordinator of the LUOVA initiative at the Finnish Meteorological Institute, reminds that LUOVA conveys information mainly to authorities and it is not intended for communication directed to the large public. Users of information conveyed by LUOVA include: Situation Centre of the Prime Minister's Office, Ministry of Transport and Communications, Ministry of Agriculture and Forestry, Ministry of the Interior and rescue services, The Finnish Defence Forces, Radiation and Nuclear Safety Authority and Finnish Red Cross, too. "The system and its user interface have been developed together with the end users so that it would serve their needs in the best possible way," emphasises Kristiina Säntti.

"The objective of the LUOVA system is to provide reliable situational information of an accident that has occurred particularly to support the operation of authorities. For authorities, it is convenient that a single system conveys information about different kinds of natural disasters in both homeland and globally." In addition to a summary, the system informs of the possible changes to an earlier situation, gives anticipatory information, tells of the possible damage and effects on people and property and lists the critical infrastructure such as nuclear power plants in the proximity of an earthquake area. The followed situation can last for a long period of time. In this case, also the development of weather conditions affects for example the rescue-operation of an earthquake situation.

Satu Rasijeff reminds that especially independent travellers should file a travel notification to the Ministry for Foreign Affairs on the website matkustusilmoitus.fi. "In a possible crisis, travellers will be contacted according to the contact information given in the travel notification. They will be informed of the situation and given instructions. When preparing these messages, the crisis duty officer often uses information gained through the LUOVA messages, so this way the information produced at LUOVA is conveyed from the authorities directly to those in need of help."