Microplastic particles in the atmosphere originate mostly from legacy sources

Microplastic particles and fibers generated from the breakdown of mismanaged waste are now so prevalent that they cycle through the Earth in a manner akin to global biogeochemical cycles. By modeling the atmospheric limb of the plastic cycle researchers found that most airborne microplastics are not directly emitted by use of plastic products but are rather derived from the waste that has continued to build up in the environment over past decades. 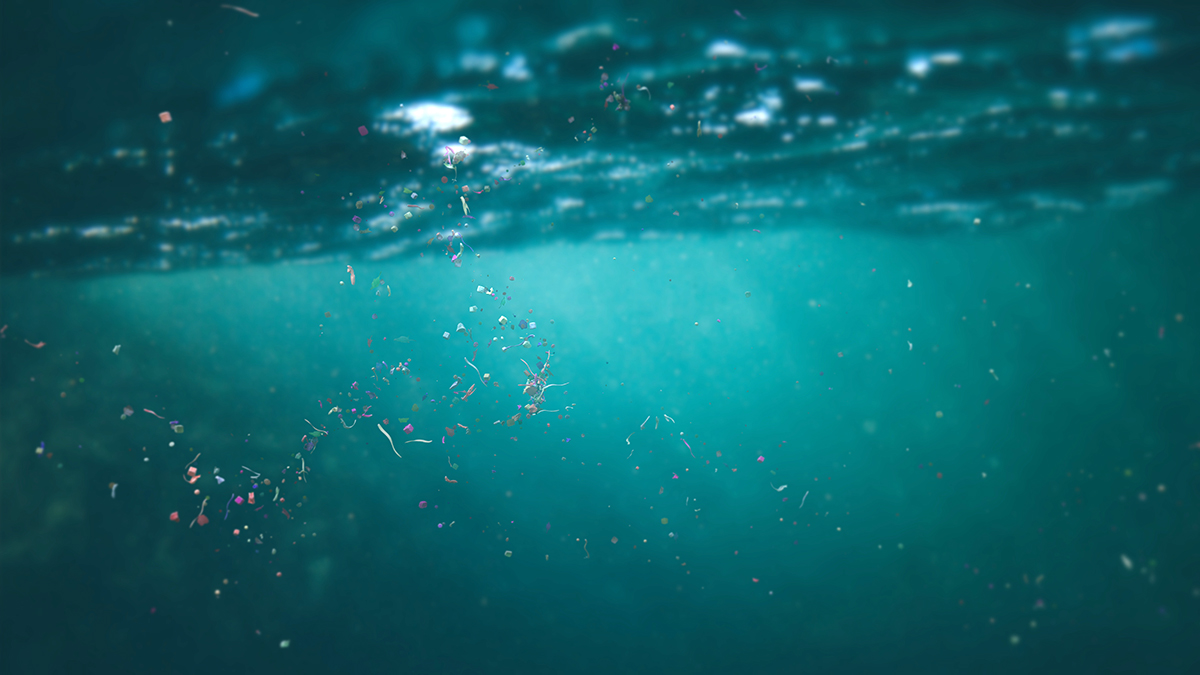 Since the early 1900s, nearly 10 billion tons of plastic have been produced globally, noticeable fraction of it ending up mishandled and accumulating in the environment where it gradually fragments to smaller pieces. To date, microplastics have been found everywhere from deep ocean sediments to Antarctic ice and human bodies, while their impacts on health and ecosystems are still unclear. At the current rate of increase of plastic production (~4 % per year), understanding the sources and consequences of microplastics in the environment should be a priority.

Recently, atmosphere has gained attention as a transport pathway for microplastic fibers and particles leading to noticeable plastic deposition in remote pristine locations. In this recent study, researchers aimed to constrain the magnitude of sources contributing to microplastics depositing in the national parks in Western USA. Based on the observations from the Western USA, researchers also modelled the atmospheric part of the plastic cycle globally.

Microplastics are emitted to atmosphere from various sources. According to the study, the majority of airborne microplastics originates through resuspension of plastic waste from road dust (84 %), ocean (11 %) or agricultural soil (5 %). Image: Brahney et al. (2021).

The modelling pointed at majority of the airborne plastic originating from resuspension of plastic waste in road dust, followed by contributions from plastics accumulated in ocean and agricultural soils that had gotten windborne. Somewhat surprisingly, the role of direct emission from population centres turned out to be small. One reason for this could be the large size of the directly released plastics that need to be exposed to environment to break down to atmospherically transportable sizes. Globally, the ocean was found to be the major emitter of airborne microplastics and significant fluxes were present from ocean to all continents.

“The results of this study indicate that even if the flux of mismanaged plastic to environment would stop, the amount of microplastics in air could still be growing while the plastic that has already accumulated in soil and water degrades to atmospherically transportable particles”, explains Marje Prank, co-author of the research article and researcher at the Finnish Meteorological Institute. Experimental studies to understand the fate of different plastics in different environmental reservoirs, rate of larger pieces degrading to smaller sizes and properties of the resulting microparticles are direly needed to constrain the fluxes that make up the global plastic cycle.