Geomagnetic disturbances tell us about the probability of the occurrence of aurora borealis.

The term space weather refers to phenomena caused by solar wind and solar flares in the near-Earth space and the upper part of the Earth's atmosphere. Aurora borealis is the most visible form of space weather. Disturbances that can be measured on the Earth's surface also occur in the Earth's magnetic field in connection with auroras.

The bar chart shows the magnitude of these geomagnetic disturbances during 24 hours. Auroras are likely to occur when the rate of change of the magnetic field exceeds the threshold level indicated by the red line. The time is Finnish local time.

The map also shows the locations of the observation stations and the latest observations made by them. If the latest measured variation in the magnetic field exceeds the threshold level for auroras, the spot over the location of the station is red.

The service is based on the measurements from the automatic magnetometer stations maintained by the Finnish Meteorological Institute. The measurements for Sodankylä are generated by the Sodankylä Geophysical Observatory of the University of Oulu. Images by all-sky cameras and older magnetic measurements are available in Auroras Now. 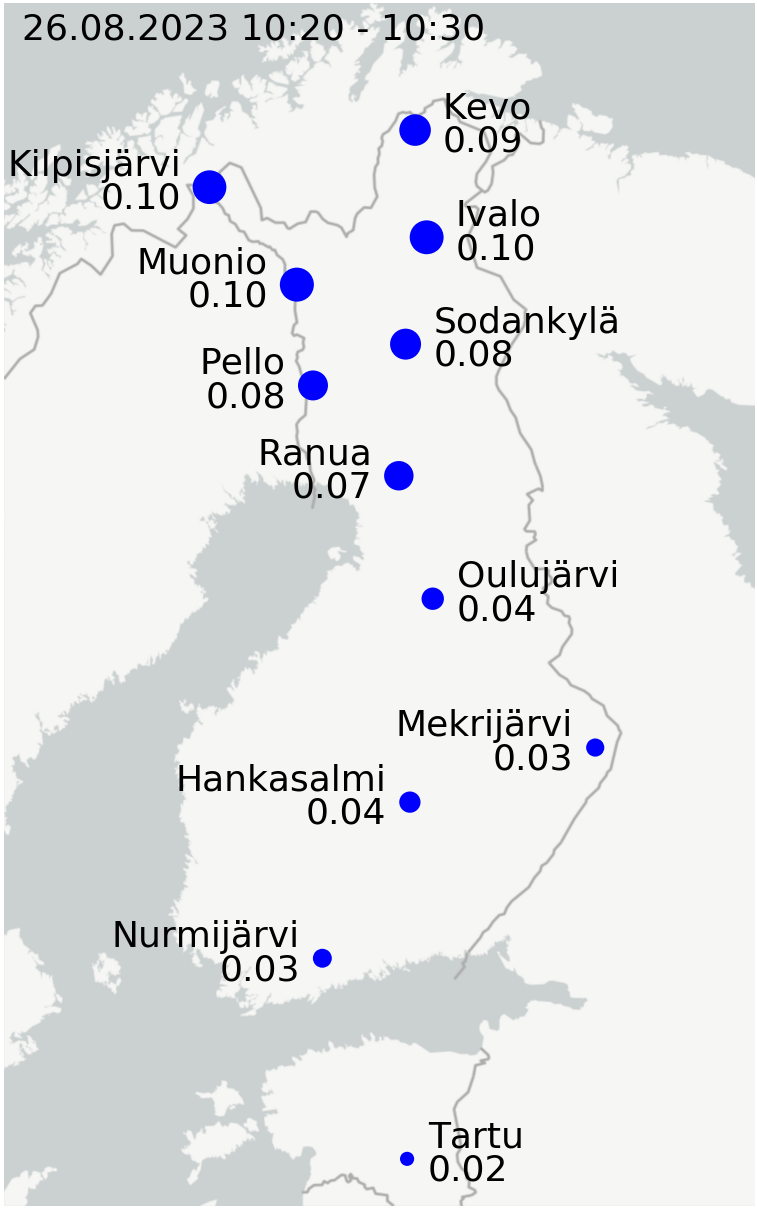 Geomagnetic disturbances during the last 24 hours