Climate is the long-term average of weather conditions

The weather in Finland is characterised by substantial variation between different years, and a single mild winter or heat wave is not a direct sign of global warming. However, climate change affects the frequency and intensity with which different weather phenomena will occur in the future. 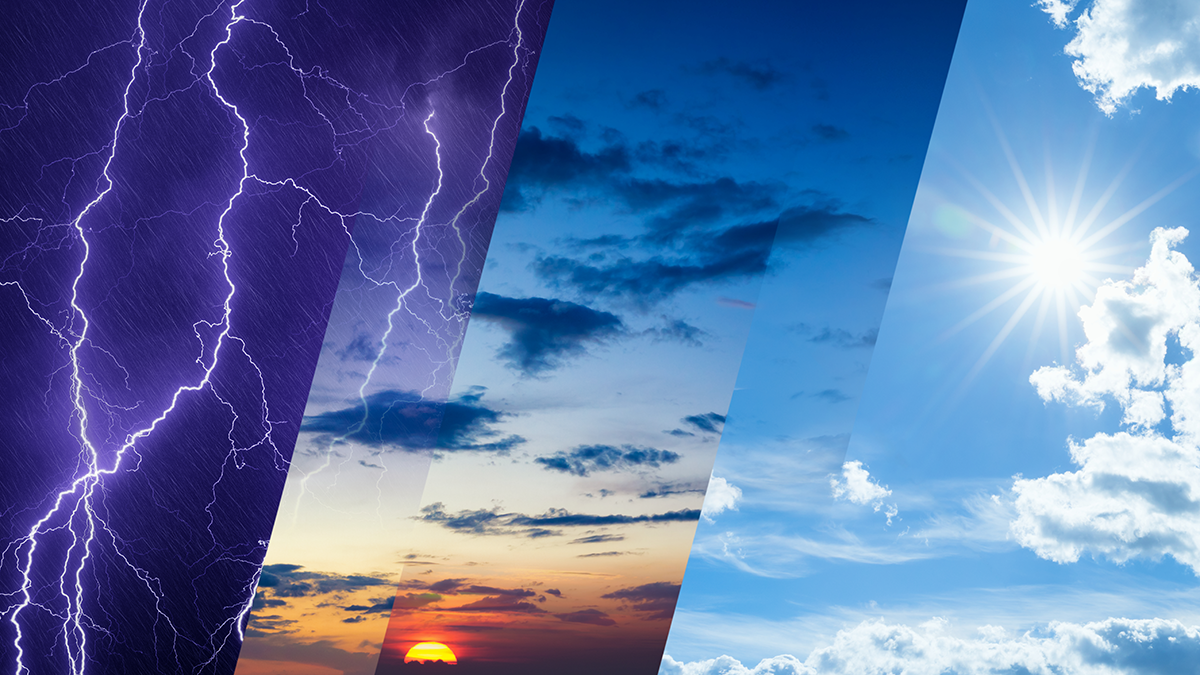 This winter, Finland has enjoyed a sparkling snow cover and temperatures well below zero even on the southern and western coast. Other areas have also had substantial amounts of snow: for example, Greece saw the heaviest snowfall in over a decade. Moreover, the winter has been exceptionally cold in the United States.

Was not climate change supposed to put an end to snowy winters? Researcher Mika Rantanen from the Finnish Meteorological Institute underlines that no conclusions can be drawn on climate change based on an individual winter.

”Due to climate change, cold and snowy winters will gradually become less common, but they will not disappear altogether. Instead, the likelihood of mild winters will increase. ”

Weather and climate are not the same thing

The concept of weather refers to the momentary state of the atmosphere. Weather is what you see when you look out the window: it can be, for example, rainy, sunny, windy, cold or warm.

The term climate describes the general nature and variation of the weather conditions in a certain area over a longer period of time. Quite often climate refers to the statistical characteristics of the weather, such as the average winter temperature in a specific location.

”The impact of climate change is visible through average values. On average, climate change will elevate temperatures and increase rainfall,” Rantanen explains.

In Finland, climate change will cause severe cold snaps in the winter to become less common, whereas heat waves in the summer will become more frequent and last longer. Storms are not predicted to intensify, but wind damage may increase as the ground becomes less frozen. The number of rainy days will not necessarily increase, but the precipitation levels will rise, which means that more rain will fall at once. Rantanen emphasises that the substantial fluctuation from year to year that is characteristic of the Finnish climate will also continue in the future.

Like weather, the climate can also be projected. Weather forecasts are prepared for a certain time and for a specific location, whereas climate projections aim to estimate long-term weather statistics. This removes the chaotic elements of weather and atmosphere and enables the drafting of climate projections long into the future. Weather models are used for weather forecasting, while the future climate is projected with climate models.

Climate change warmed up a heat wave by two degrees

Rantanen gives an example from the summer of 2020, when an unprecedented heat wave lay over Siberia. For example, a temperature of 38 degrees Celsius was measured in the town of Verkhoyansk, which, according to preliminary data, is the highest temperature ever recorded north of the Arctic Circle. The beginning of the year was already warmer than usual in Siberia due to a strong polar vortex. The heat wave of the summer, on the other hand, was explained by the presence of a significant high pressure front.

The time and place of heat waves are always determined by the behaviour of jet streams, meaning the location of low and high pressure areas in the atmosphere. A strong heat wave typically occurs in connection with persistent high pressure areas, known as blocking anticyclones. There are many uncertainties related to the impact of climate change on heat wave "dynamics", meaning the generation of high pressures and their intensity. Therefore, researchers are actively working to discover how, for example, the rapid warming of the Arctic region affects the behaviour of the jet streams and, as a result, the generation of high pressure areas.

Researchers are working to discover how the rapid warming of the Arctic region affects the behaviour of the jet streams and the generation of high pressure areas.

“In contrast, the impact of climate change on the 'thermodynamics' – or temperatures – of heat waves is well known. In the current climate, a high-pressure situation such as the one we had last summer caused the temperatures in Siberia to rise higher than they would have risen fifty or one hundred years ago,” says Mika Rantanen.

Did climate change have an impact on the heat wave in Siberia? Not necessarily the generation of the heat wave, but definitely its intensity: the temperatures were approximately two degrees higher than in similar weather conditions in 1900.

The impact of climate change on temperature-related weather phenomena, such as heat waves (intensifying) and cold periods (reducing), is relatively well known, and the extent of the impact on a single heat wave can be verified in a fairly reliable manner. At the other end of the spectrum we have tornados, thunderstorms and other so-called convective weather phenomena. The impact on these is not as well known, and the role of climate change in an individual weather phenomenon cannot be verified. Moreover, climate models are not capable of simulating individual tornados because their resolution is too rough to record phenomena of such a small scale.

There are also various weather phenomena between these two extremes, such as heavy rainfall.

“It is rather well known that climate change intensifies heavy rainfall. However, it is much more complicated to determine the role of climate change in the likelihood of specific heavy rain occurring at a certain time in a certain, exact location,” Mika Rantanen says.

According to Rantanen, it is “easier” to demonstrate the impact of climate change on heat waves than on many other weather phenomena because, among other things, we have access to long and high-quality observation time series on temperatures. In addition, climate models can usually simulate such situations fairly well, and we also have a good understanding of the origins of the weather phenomenon in question.

However, further research is still needed to shed light on the close relationship between climate change and the weather.