The annual particle number (PN) emissions from international shipping are largely equivalent to PN emissions generated by human activity in continental areas. A recent study maps out the PN emissions generated by the shipping sector based on measurements conducted in laboratory settings, onboard a ship and while flying through the ship’s exhaust plume. Vessels appear to remain a major source of PN emissions in the upcoming years despite new regulations that limit the sulphur content of marine fuels. 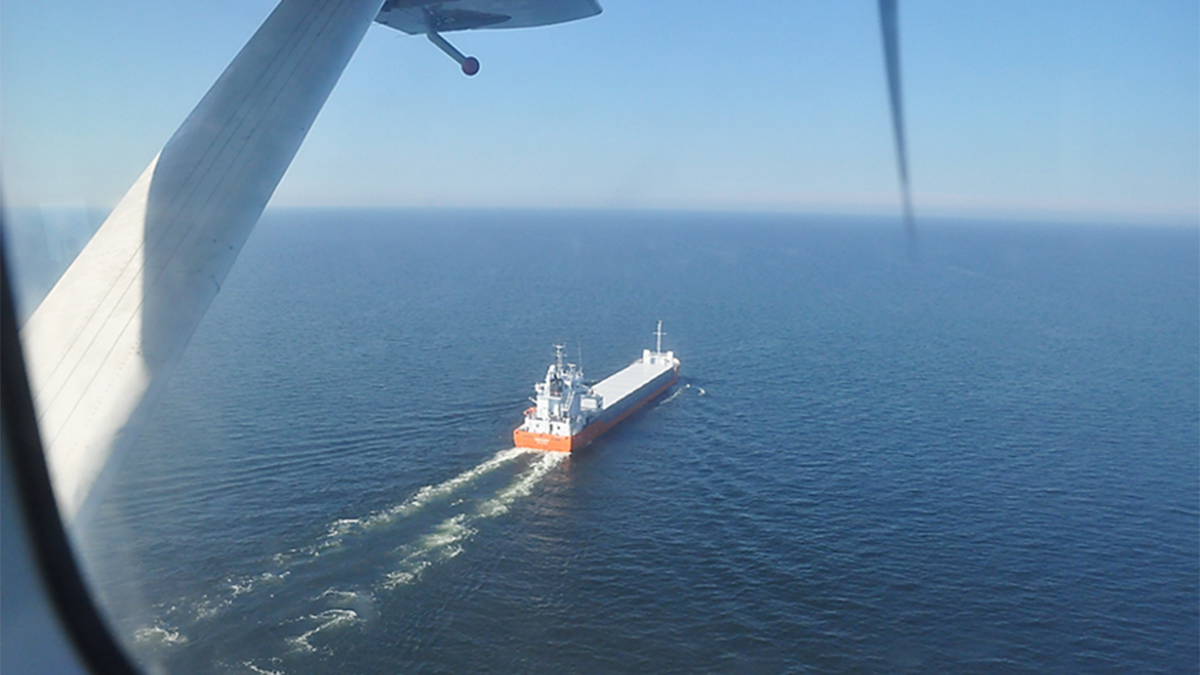 Researchers from Tampere University, the Finnish Meteorological Institute and the VTT Technical Research Centre of Finland have published a co-authored scientific paper exploring the PN emissions from international shipping based on PN measurements and computational models. The result of their calculations is an exceedingly large number: ocean vessels generated 1.2×10²⁸ particles in 2016, which is on a par with anthropogenic – meaning generated by human activity – PN emissions from land-based sources.

“Maritime transport is the only source of anthropogenic PN emissions in large parts of the globe. These particles are generated in the engines of ships either by combustion or when their exhaust gases are diluted with air. PN emissions affect not only climate but in coastal areas also air quality and human health,” says Niina Kuittinen, doctoral researcher in the Aerosol Physics Laboratory at Tampere University.

The International Maritime Organization (IMO) has been working to reduce the emissions generated by the shipping sector, among other things, by limiting the sulphur content of marine fuels. The global 0.50% sulphur cap, which came into force in 2020, encourages shipping companies to switch to cleaner fuels or install exhaust gas cleaning systems to their fleet. The team, led by researchers at Tampere University, set out to identify the impact of these measures on PN emissions.

The researchers determined the PN emission factors for six types of fuel and also explored how an exhaust gas cleaning system affects the PN emissions in freshly emitted exhaust. Besides working under controlled laboratory conditions, they conducted measurements onboard an ocean vessel equipped with an exhaust gas cleaning system and while flying in an airplane or a helicopter through the exhaust plume of a vessel. Based on their results, the particulate matter is mainly made up of ultrafine particles measuring less than 100 nanometres in diameter. The emission factors were used as a baseline in the STEAM ship emission model of the Finnish Meteorological Institute for calculating the total PN emissions generated by international shipping.

“Computational modelling demonstrated that a significant share of the PN emissions from maritime transport are generated in coastal areas and not only along busy oceanic shipping lanes. For example, in Asia the levels of PN emissions are elevated near densely populated port cities,” sums up Jukka-Pekka Jalkanen, senior researcher in the Finnish Meteorological Institute.

Reducing the sulphur content of heavy fuel oil is not enough

As part of the study, the researchers assessed the impact of the global sulphur cap 2020 on the PN emissions from international shipping. The findings indicate that PN emissions can be reduced by as little as 11% by replacing heavy fuel oil with low-sulphur fuel oil.

“While the reduction in sulphur content does have other positive effects on the environment and human health, it seems that a major reduction in PN emissions cannot be achieved without a widespread adoption of either cleaner diesel fuels or natural gas,” Niina Kuittinen says.

The results showed that exhaust gas cleaning systems can markedly reduce the number of particulates in freshly emitted exhaust gas.

“The new study provides important insights into air quality and the phenomena associated with climate change. Global shipping is likely to become an increasingly significant source of PN emissions in the future. For example, there has been a conscious effort to reduce PN emissions from road traffic in the past few years, which has, among other things, accelerated the adoption of particulate filters,” says Topi Rönkkö, associate professor (tenure track) at Tampere University.

The results were published in the journal Environmental Science & Technology. Read the full-text article online: Shipping Remains a Globally Significant Source of Anthropogenic PN Emissions Even after 2020 Sulfur Regulation, https://pubs.acs.org/doi/10.1021/acs.est.0c03627