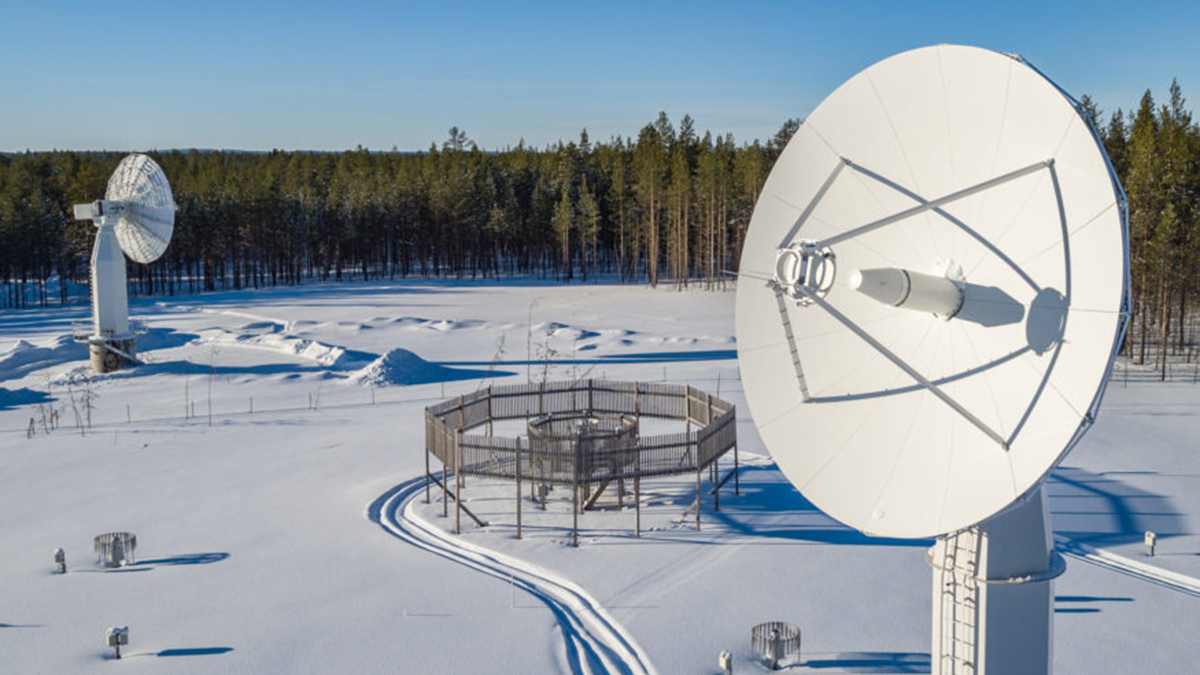 The new 3.7 m L-/X-band satellite dish (SOD04) has been installed in Sodankylä Arctic Space Centre of the Finnish Meteorological Institute. The purpose of the new SOD04 satellite dish is to replace the previous SOD01 antenna in Direct Readout (DR) data reception.

In addition to the new system, the current satellite ground segment facility at Sodankylä incorporates two high-data-rate systems with 7.3 m antennas for the reception of data transmissions from polar orbiting satellites. During 2022, the newly launched SOD04 operating at the L- and X-bands will be followed by an identical SOD05 antenna to provide redundancy, reliability and additional capacity.

The Arctic Space Centre in Sodankylä hosts the National Satellite Data Centre (NSDC) of Finland, which receives and delivers environmental satellite data and products to end-users in Finland and all around the globe. Demand for high-quality satellite data is increasing as the climate change advances and changes are occurring in environmental conditions and ecosystems. The new and upcoming updates to the satellite data reception system enable even better services and tools for environmental monitoring in the future.

In addition, data reception from other satellites is possible, so Sodankylä facility is prepared to receive data from new weather satellite missions, such as EUMETSAT (Meteorological Operational Satellite – Second Generation) MetOp-SG.

OMI (The Ozone Monitoring Instrument) onboard NASA’s Earth Observing System (EOS) Aura, and OMPS (The advanced Ozone Mapping and Profiler Suite) instruments onboard NOAA-20 and Suomi-NPP are utilized in monitoring and measurement of the composition of the atmosphere, see: https://sampo.fmi.fi