NASA’s Perseverance rover has now spent its first months on the surface of Mars. The testing and deployment phase is proceeding well, and after the first technology demonstration with the Ingenuity helicopter, the rover is commencing its continuous scientific measurements. With the arrival of the humidity and pressure measurement instruments onboard Perseverance, the first meteorological network on another planet is being created. 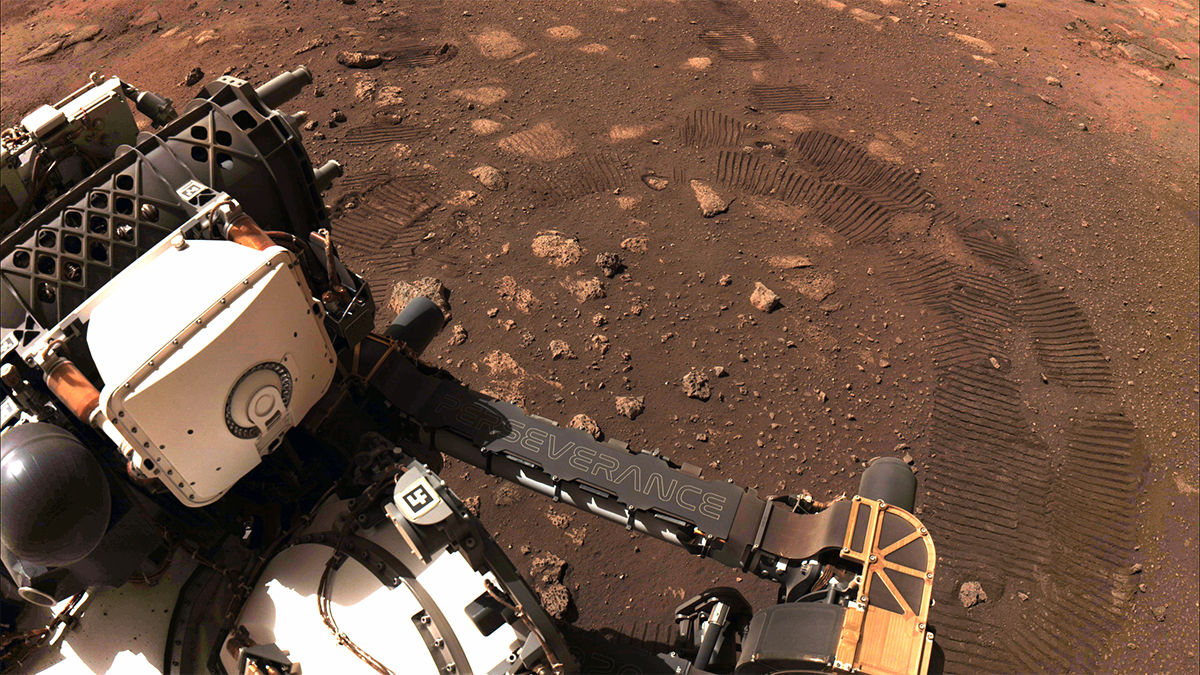 The Perseverance rover landed successfully on Mars in February 2021 and will now explore an ancient river delta in the Jezero Crater for at least the next Martian year, which is approximately two Earth years. After the landing, the rover stretched its robotic arms and has already delivered a good number of high-quality photos, videos, and audio samples back to Earth.

The rover’s Mars Environmental Dynamics Analyzer (MEDA) instrumentation suite, developed by a Spanish-led research consortium, has also been deployed. MEDA is a weather station that has been developed specifically for the conditions on Mars. Instruments by the Finnish Meteorological Institute (FMI) and Vaisala are included in the MEDA suite to measure pressure and humidity conditions on Mars. The measurements and local wind data provided by the MEDA suite is also used by the Ingenuity Helicopter aboard Perseverance.

The measurement instruments need to be able to deliver reliable high-quality measurements even after the long space journey.

“Accurate and reliable science-based measurements are at the core of Mars research. That’s why it is great to receive verification that our sensors are working in the extreme conditions on Mars, even after the demanding space journey. Vaisala’s measurement technology is at its best in challenging measurement conditions,” says Liisa Åström, Vice President of Products and Systems at Vaisala.

“The equipment on Mars needs to work in all conditions and is tested accordingly. Manufacturing, testing, and finalizing the measurement instruments has been a major project lasting many years, so it feels great to see the instruments finally at work on Mars,” summarizes Maria Hieta, Research Engineer at FMI.

Hieta continues: “For instance, the humidity measurement instruments on Perseverance have gone through a tough selection process. FMI built 13 different instrument models around the humidity sensor, and these models were tested several times in harsh conditions such as very low temperatures. Additionally, the tests exposed them to vibration and shocks. The most reliable model was chosen as part of the MEDA equipment.”

The MEDA equipment has now delivered the first round-the-clock measurement series on pressure and relative humidity to Earth. The measured values correspond to what was expected.

“The pressure levels and variation according to the time of day in the Jezero Crater reflect our models well. Relative humidity is practically zero (0% RH) during the day and rises during the night as the local temperature falls to nearly -80 °C. For comparison, 20 percent relative humidity is considered very low on Earth, and relative humidity near zero is hardly ever measured. The pressure data has also let us observe dust devils passing Perseverance, showing them as fast and sharp declines in the pressure signal,” explains Maria Genzer, Group Leader of Planetary Research and Space Technology at FMI.

Relative humidity (in blue) and temperature (in yellow) measured by the MEDA HS humidity instrument during one Martian day (known as a sol). During the day relative humidity is close to zero percent, but it rises during the Martian night as the temperature falls. Photo: M2020/MEDA/Finnish Meteorological Institute.
Dust devils, observed by MEDA PS pressure instrument, can be seen in the measurements as a fast and sharp pressure decline. Photo: M2020/MEDA/Finnish Meteorological Institute.

The Perseverance rover has been designed to explore Mars’ conditions and geology as well as to search for signs of ancient life. Even though signs of life are fascinating, Finnish researchers are especially interested in the Martian atmosphere.

“Earth and Mars share a lot of similarities, which is why we find the study of Mars’ atmosphere so fascinating: it helps us to understand the behavior of Earth’s atmosphere. Additionally, dust storms on Mars can be harsh, so it is crucial to be able to predict the storms if we are to send manned space missions to Mars in the future. For this reason, Mars needs a weather station network,” states Maria Genzer.

Perseverance and the Curiosity rover, which landed on Mars in 2012, provide measurements approximately 3,700 kilometers apart from each other. Both rovers carry similar Finnish pressure and humidity measurement instruments, which deliver data that is sent to Earth for analysis.

The data from the rovers, combined with observations from NASA’s InSight Lander on Mars, form the first three-point meteorological observation network on another planet. The network will enable even more accurate modeling of Mars’ atmosphere and its phenomena.

“In the future, we hope to get more measurement points on Mars. This is the ultimate goal for example in our MetNet program, in which we are developing small probes that will impact and penetrate Mars’ surface. These probes would then form a comprehensive meteorological observation network on the planet,” Maria Hieta explains.

The Mars 2020 mission is a part of NASA’s Mars exploration program. One of the main tasks of the Perseverance rover is to gather and store a series of rock and soil samples that can be brought back to Earth for analysis in the future. Finnish technology is scheduled to be launched to Mars again in 2022 aboard the ExoMars mission by the European Space Agency (ESA) and the Russian space agency Roscosmos.

Ilmatieteen laitos is a research and service agency under the Ministry of Transport and Communications in Finland. Its mission is to produce high-quality observation and research data on the atmosphere and seas. The Institute combines this expertise into the weather, climate and oceanographic services it provides to promote public safety as well as increase well-being in the society and the environment, taking into account the needs to maintain preparedness. More information about FMI in space: https://space.fmi.fi linkedin.com/finnish-meteorological-institute

Vaisala is a global leader in weather, environmental, and industrial measurements. Building on over 80 years of experience, Vaisala provides observations for a better world, with space-proof technology even exploring Mars and beyond. We are a reliable partner for customers around the world, offering a comprehensive range of innovative observation and measurement products and services. Headquartered in Finland, Vaisala employs over 1,900 professionals worldwide and is listed on the Nasdaq Helsinki stock exchange. vaisala.com/space, twitter.com/VaisalaGroup, linkedin.com/vaisala