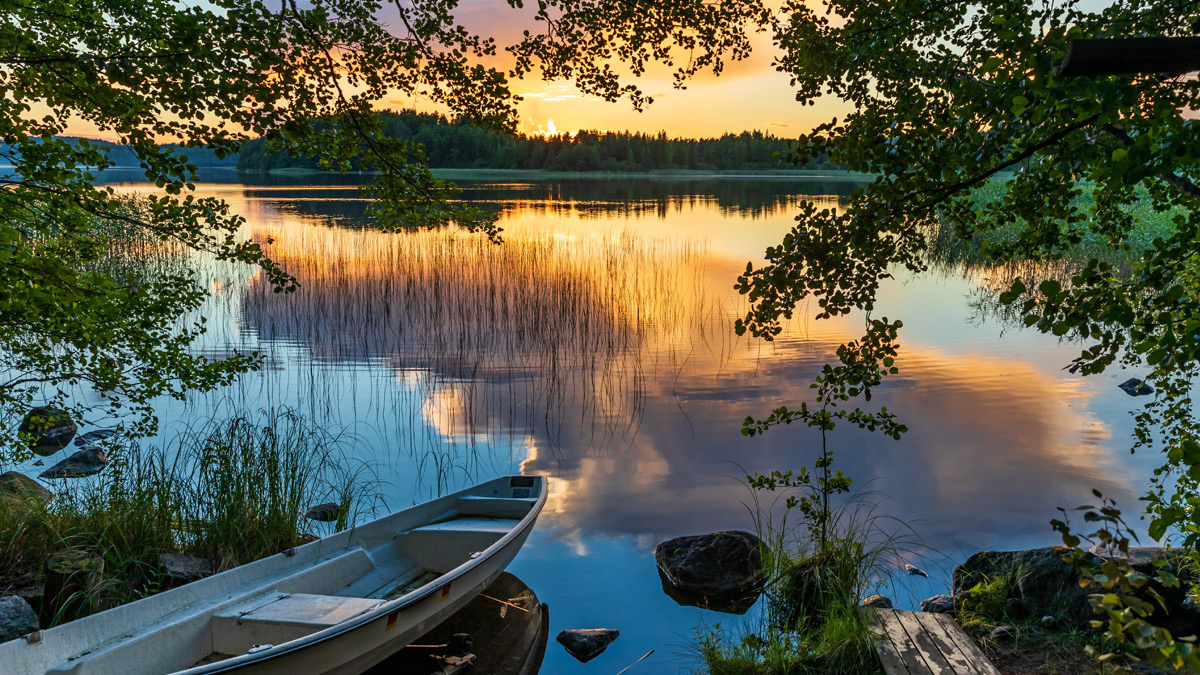 According to Finnish Meteorological Institute statistics, temperatures in June were 1–2,5 degrees higher than normal. The greatest deviations were observed on the west coast and in the Åland Islands. Early June was occasionally cool and unsettled, but toward the end of the month temperatures rose considerably and conditions were dry in many areas.

The average temperature of the month varied between about 17 degrees in the southern part of the country to about 11 degrees in Enontekiö in the northwest of Finnish Lapland.

Temperatures exceeded 25 degrees on seven days of the month. Typically, temperatures in Finland exceed 25 degrees on eight days in June. Examined on a local level, there were generally 3–5 more days of hot weather than the average for June.

Precipitation levels in June were lower than usual in southern and western parts of Finland and in Lapland. In some places, precipitation was less than half of the normal level for June. The 11.1 millimetres measured in Jomala in the Åland Islands was the second lowest amount of precipitation in the 50-year history of the observation stations. Enontekiö in the northwest of Finnish Lapland, and an area extending from North Ostrobothnia to North Karelia, got more precipitation than usual.

There were more hours of direct sunlight than usual in many parts of Finland. On the south coast and in the archipelago, the amount of direct sunlight was unusually or exceptionally high (340–370 hours). In Utö June was the sunniest in the approximately 50-year history of the observation station, with 368 hours of sunlight measured there. June continued the trend for relatively little thunder, although the hot weather at the end of the month brought increased thunderstorms. About 19,000 cloud-to-ground lightning discharges were observed. This is only about half of the average lightning activity for June.